Published: Feb 20, 2017 · Modified: Oct 27, 2020 | THIS POST MAY CONTAIN AFFILIATE LINKS · AS AN AMAZON ASSOCIATE I EARN FROM QUALIFYING PURCHASES · THIS BLOG GENERATES INCOME VIA ADS 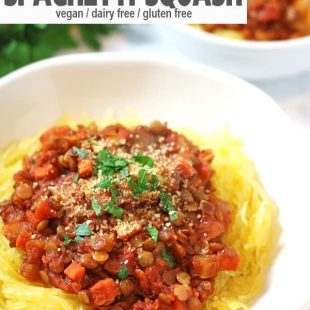 This vegan Lentil Bolognese makes a great weeknight or Sunday dinner. Switching in lentils as the protein in the bolognese makes the sauce vegan yet still hearty. Spaghetti squash substitutes for regular spaghetti to keep the dish whole foods based.

I’ll be honest, although I’m a pasta freak (you know I love my vegan Mac & Cheese and my Lemon One Pot Pasta), I’m surprised that I even thought to make a vegan bolognese because I never tried a regular bolognese before going veg.

I’ve seen some vegan versions of bolognese on Pinterest using meatless crumbles as the meat substitute and thought I might try it that way but I love lentils so much that I figured I’d switch things up a bit and use beans.

I really liked the way the lentils worked with the sauce, plus the beans add a nice serving of protein, fiber, potassium (lacking in most people’s diets), B-6, and iron.

In case you were wondering, my Lentil Bolognese isn’t one of those vegan recipes that you can give to an omnivore where they *might* think it’s the original version (you can definitely tell it is lentils) but I don’t think anyone would mind because it tastes so good!

Nutritionally, lentils contain lots of iron, potassium, and vitamin B6. They’re also a great source of protein for us plant-based folk. Just 1 cup of lentils will give us about 18g of protein. Tell that to the people who ask, “where do you get your protein?”.

Beans are also a great source of fiber (about 15g/cup). Lentils have been shown to aid in weight loss, improve/maintain heart health, and combat blood sugar fluctuations that can lead to lowered energy and Type 2 Diabetes. These impressive beans can improve digestive health too.

I was going to throw the Lentil Bolognese on some spaghetti because that’s how I’ve usually seen the dish served at restaurants but I try not to go overboard with pasta too often (no matter how much I love it).

By using spaghetti squash the meal is fully whole food based which is always a plus in my book.

If you’re not into spaghetti squash, feel free to use regular spaghetti or any other kind of pasta. I think this would also be a great topping for a baked potato.

Meal Prep Tip: Bake the spaghetti squash the weekend before you make this meal so it’s even quicker!

If you make this Lentil Bolognese recipe, let me know what you think by ★ star rating it and leaving a comment below. 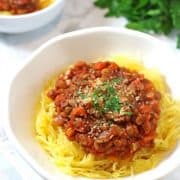 For the Spaghetti Squash 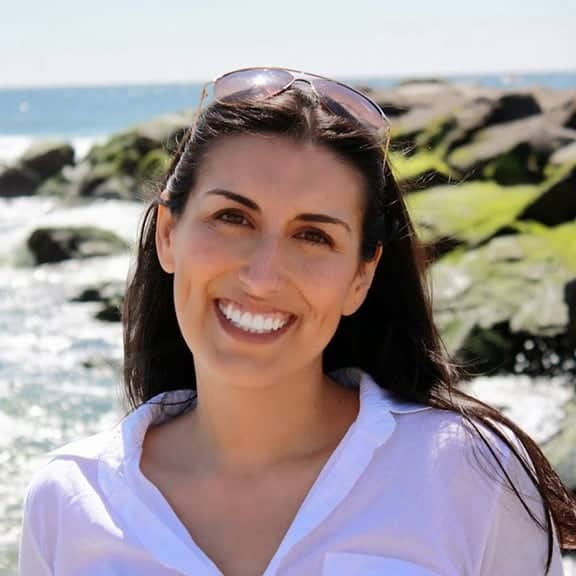 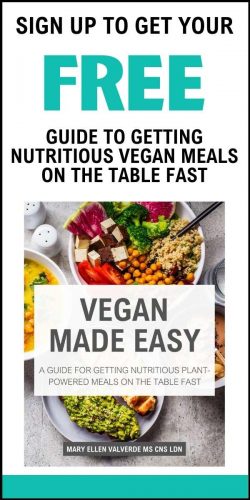